The Vedic Harappans, The Disaster of  Michael Witzel  and Some Flowing Traditions.....

On Aryans and Colonial Archaeology
Vedic Harappans
by Bhagwan Singh, Aditya Prakashan, F-14/65, Model Town II, New Delhi,1995
Jaspal Singh
South Asian History has been greatly distorted by the tendentious, colonial and eurocentric rendition of the development of the region. One of the most distorted areas of history has been the question of Aryans and the Indus Valley civilisation.
In this new work, Bhagwan Singh presents an important thesis on the origins of civilisation in South Asia. In the process, he also takes a hard look at the vast body of literature on the subject on this subject that has come down from colonialist scholars and their latter-day descendants.
Bhagwan Singh discusses the "Aryan" problem and settles this long-running debate with convincing arguments. As the title Vedic Harappans, itself suggests, Bhagwan Singh is not treading the old path. For him, the Vedic literature describes the Harappan reality. These are not two different or opposing tendencies. He states,
In short, if we discount the colonial legacy of docile self-denials and falling quickly in line with alien expectations, archaeology was at no stage at variance with the Aryan character of the Harappan civilization.
On the question of the Aryan invasion, he discusses in detail all the arguments put forward by the proponents of this theory. In a chapter titled The Myth Of Aryan Invasion, he points out that "there is neither any literary account of invasion of India by Aryans nor any archaelogical evidence to support such a hypothesis".
He forcefully argues this case: "As we have seen, the Vedic people did not come from outside. The Harappan cities, the first flowering of Indian civilisation, did not fall because of their invasion".
Bhagwan Singh argues with evidence:
Aryans were born with ar/al, the digging stick or hoe in their hands. It was neither their colour, nor their blood nor yet the size and sharpness of their nose which made them proud of themselves. They were proud of their being Aryans or cultivators at a time when the tribes surrounding them were at the stage of hunting and gathering.
It was the Aryans who discovered agriculture and initiated the agrarian revolution and a new mode of production. Earlier the Aryans were called Devas. The term derives from ti/di, meaning burn or shine, and refers to their control over fire.
It was the discovery of fire including the technique of producing, maintaining and controlling it that revolutionised their thinking and prompted them to undertake new ventures.
He concludes that :
The Aryans were primarily agriculturists. They derived their name from this advancement at a time when people around them were lingering at the lower stage of gathering and hunting. Some of them formed their own kindered communities, refused to move ahead and censured them for their madness for ruining the natural sources which provided them liberally.
Later on these Aryans developed into great traders and travelled all over the known world of the time, taking their agriculture, trade, language and customs with them.
Bhagwan Singh also examines the hypothesis of Proto Indo-European language in a chapter titled The Language The Harappans Spoke. He states:
Proto-Indo-European is not a fact but an idea floated in order to displace Sanskrit from the centre of discussion. it the product of a magical realism created for projecting the white man's racial superiority back into the hoary past.
He concurs with the view that Sanskrit is a refinement of different Prakrits which were spoken at the time in India. And that out of these Prakrits, natural languages, a refined and classical language-Sanskrit emerged. "It is admitted (Harmatta 1992) that Sanskrit and Vedic languages are refinements of the Prakrit languages." Bhagwan Singh has dealt with matter at length in his Hindi book, Arya Dravid Bhashyaon Ki Moolbhoot Eikta.
Vedic Harappans is a "must read" book for South Asians in general and those who are seriously interested in History of the region in particular. Bhagwan Singh has put to rest a lot of myths about the history of South Asia and deserves praise for this heroic effort.
yog

Note 1: There Is No Substratum In Vedic and i'm working on the issue and soon will dismiss it.....

Compare these statues with modern day gypsy women of north-western India.Notice the similarities between bangles on their hands. 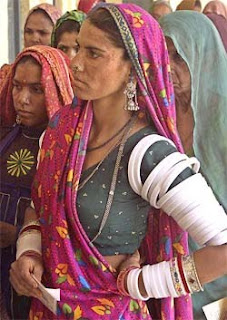 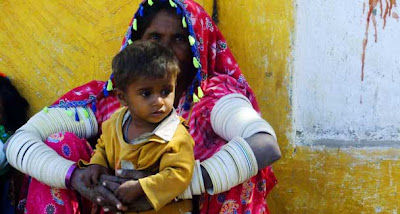 These women are Indo-Aryans,they speak Indo-Aryan languages and they have Indo-Aryan gypsy culture.This bangle tradition lives on from the times of Harappan civilization to this day.

2) THE GREAT BATH  OF MOHENJO DARO 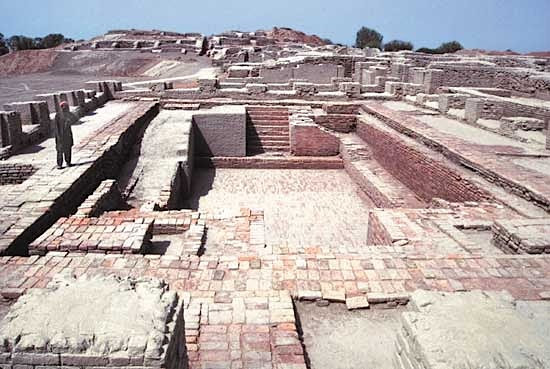 Ritual bathing(Sanskrit Snana) is very important for Hindus from the times of Harappan civilization.For example,Kumbh mela is a very sacred festival of Hindus3) VEDIC SYMBOLISMThe seals and arts of Indus valley offers many Vedic symbolism such as Chakra,Sacred Pipal leaf,Swastikas etc...which are sacred for Hindus and Buddhists to this day. 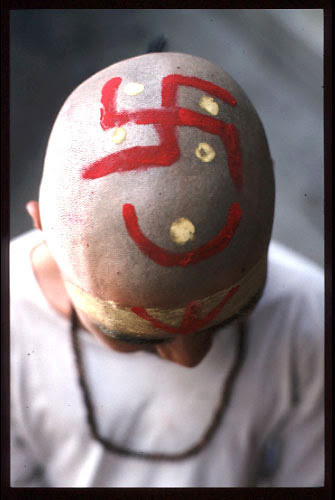 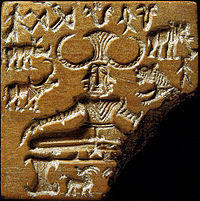 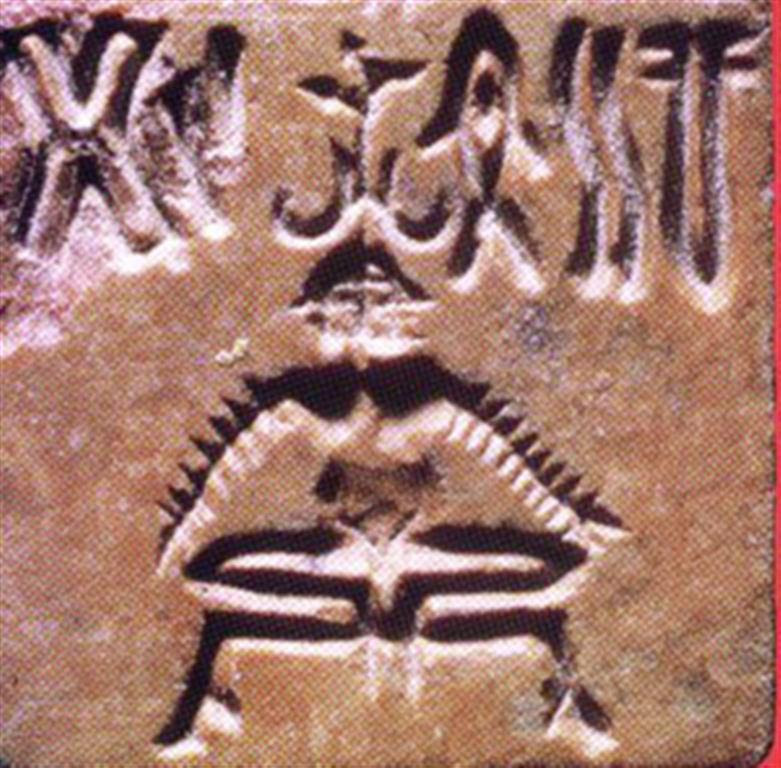 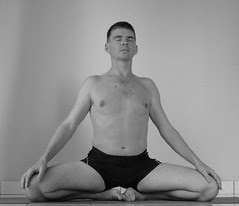 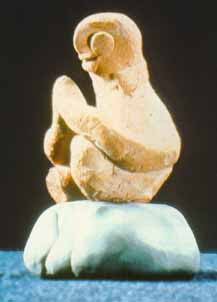 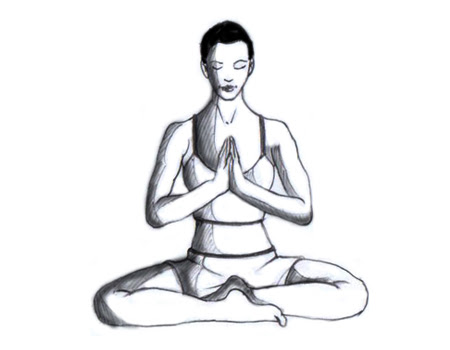 This is a Shiva Linga from Kalibangan it is exactly the same as the one which Hindus use today.Many other Shiva Lingams were also found from Mohenjo-Daro.

This is a fertility goddess figurine from Harappan  civilization, compare it with the figurines below.Notice the headdress and flowers,they represent the same goddess. 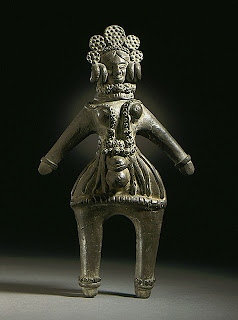 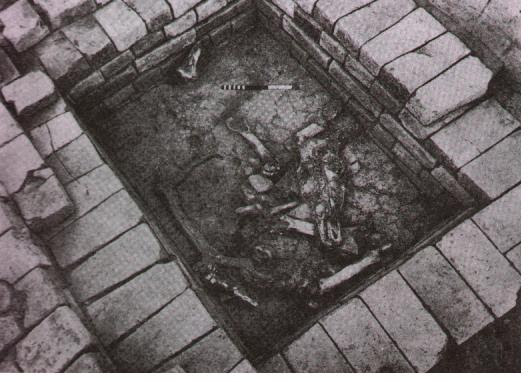 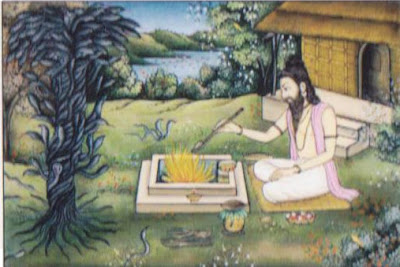 Namaste Nirjhar,its been a while since i visited your blog.I just wanted to say,there is no need to thank me.You can copy my works whenever you need it :)

Thank you it is very Arya of you;)
BTW I'm planning to build a new post on Synchronicity among Indo-European Civilizations Is it a good idea? What do you think?
Suvam.